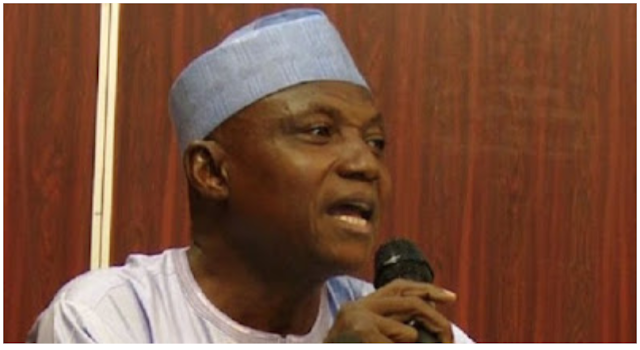 The Federal Government of Nigeria, on Thursday, distanced itself from the negotiation process that led to the release of the kidnapped 344 students of Kankara school in Katsina State.

Senior Special Assistant to the President on Media and Publicity, Mallam Garba Shehu, said the Federal Government could not have paid ransom when they were not in contact with the group behind the kidnap.

His statement was in reaction to the Wall Street Journal report that the schoolboys said the kidnappers demanded N344million (N1 million per head) before they were released.

Reacting to the report, Garba Shehu said: “Federal Government was not a party to the talks, so it is false of anyone to say it has paid ransom”.

“The governors of Katsina and Zamfara states, who led the talks, reported that they didn’t pay any ransom. We believe them. You have a right to choose who you want to believe.”

The students were kidnapped on December 11 and were handed to security agents on the night of December 17 in the neighboring Zamfara State.

However, the Governors of Zamfara and Katsina were emphatic that no price was paid to get the students freed.

They also agree that contrary to the claim of the rebel  group in a video released hours before the students were freed, Boko Haram was not behind the abduction of the students, but muggers.

According to them, Miyyeti Allah Cattle Breeders Association of Nigeria, MACBAN played a key role in securing freedom for the students.

Precisely, Masari told Radio Deutsche Welle, DW that MACABAN negotiated with the muggers to get the schoolboys released and no single Kobo was paid as ransom.

He also insisted that the schoolboys were not kidnapped by Boko Haram, but muggers.

He said, “Some hours ago, those assisting us in talks with the muggers said they have released all children in captivity. About 344 of them. And we have sent vehicles to transport them to Katsina”.

“We will direct our doctors to carry out medical examination on the children tomorrow morning. They have spent six-day in the forest. We will change their clothes and we will hand them over to their parents,” Masari said.

Speaking in the same vein, Zamfara Governor said he “facilitated the release of the 344 schoolboys without payment of ransom”