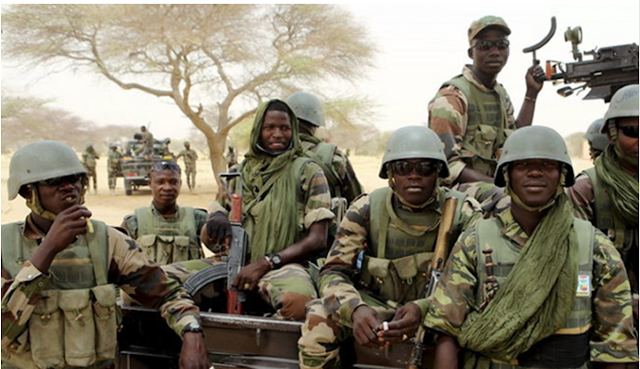 Bashir Magashi, minister of defence, has urged Christians to take advantage of the Christmas period to pray for troops involved in the fight against insecurity in the country.

Magashi stated this on Thursday in his Christmas message.

In a statement by Mohammed Abdulkadir, his special assistant on media and publicity, Magashi urged Christians to be Christ-like by showing compassion to fellow Nigerians, irrespective of religious differences, and to pray for peace in the country.

The minister noted the need for peaceful co-existence especially as the country faces the challenges of rebels, robbery, kidnapping, among other crimes.

He praised the troops for their dedication to defending the nation’s territorial integrity.

According to him, the season is the time to turn to God in fervent prayer to crown the sacrifices of the armed forces to attain maximum victory over the adversaries.

“The least appreciation Nigerians can show to the nation’s gallant soldiers who are fighting patriotically so that the citizens can sleep with their eyes closed is to pray for them and be security conscious at this auspicious time,” he said.

Magashi commended the military and other security agencies as well as the civil authorities for the recent feat attained in the timely rescue of the abducted students of Government Science Secondary School, Kankara, Katsina state.

He described “the rescue operation as unprecedented in denying the kidnappers freedom of action, adding that the recent feat was an important Christmas and New Year gift to the country”.

The minister, however, enjoined troops in various theatres of operation to remain focused, and added that the support of all Nigerians is critical to the attainment of peace and security of the country.