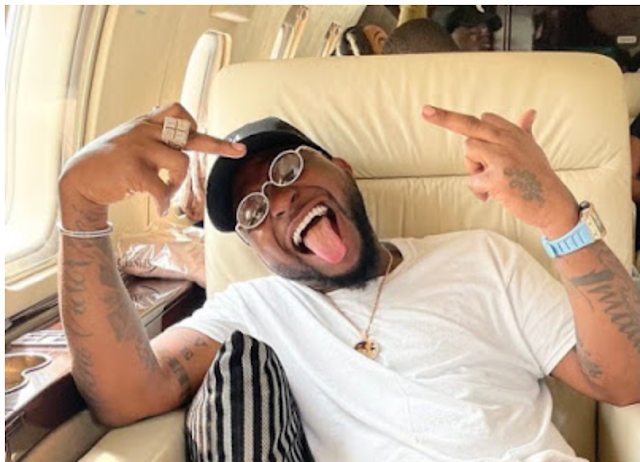 Davido, an award-winning singer, has set Twitter abuzz after he launched a challenge titled ‘Tule‘ with a pledge of N2 million for the winners.

The Afropop singer had recently shared a video on social media wherein he could be seen screaming ‘Tule’. This was shortly after rumours had swirled that he fought with Burna Boy at a nightclub in Ghana.

Not long after, fans were already mimicking the 28-year-old musician, making many ‘Tule’ videos of their own, which appeared to have pleased Davido.

In an attempt to reward a few of his loyal fans, the ‘Assurance’ crooner took to his Twitter page on Wednesday to launch the new challenge for the slang while staking a N2 million prize.

“Tule Challenge 2m Naira! Make sure U tag #TuleChallenge. E get y,” he wrote as the slang continues to generate euphoria across the microblogging platform.

In Yoruba, ‘Tule’ is gotten from the imperative sentence “Tu si ilẹ” which commands one to “release it/him/her”.

Davido’s motive for doing the video and the real meaning behind it are yet to be determined, although there are suspicions about the possibility of a forthcoming single with ‘Tule’ following after the success of ‘Fem‘.

‘Fem’, which was initially perceived as a diss song, gained prominence as a protest track during the campaign against operatives of the special antirobbery squad (SARS). It has since amassed numbers across streaming outlets.

The word “Fem” (said with the index finger on the lip) is derived from a Yoruba/Pidgin slang used to shush people.

Below are some of the videos from fans on Twitter mimicking Davido’s “Tule” video as directed by the singer.

You don do your own #TuleChallenge abi you no need money ??? TULE JOOR? pic.twitter.com/Q39xHXxh8d

#TuleChallenge Baba self no one gree oo? @davido come and TULE for Baba oo#TULECHALLENGE pic.twitter.com/UFD7Rcv1tv

I don go give my phone head butt because I dey do ?? #TuleChallenge . @davido how we go do am now na? ?? pic.twitter.com/3pcG8kJrlb