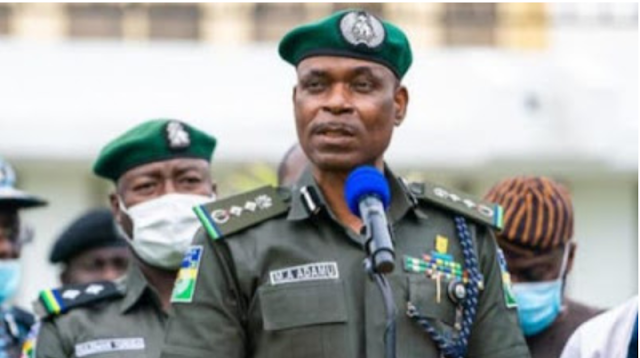 There are signs that the Nigerian Police Council may appoint a new Police Inspector General by February.

It is not clear if the new Inspector General of Police, Mohammed Adamu, will be awarded an extension of the term, although unconfirmed reports have suggested that his replacement will be informed.

The Board, headed by the President, is composed of 36 State Governors and the Chairman of the Police Service Committee.

Adamu, who is the 20th Head of the Indigenous Police Force, is set to retire next month as he will be in service for 35 years.

Sources said that he had mounted a robust lobby to prolong his term to allow him to complete certain police reforms, but it remains uncertain if his attempt to secure an additional extension was successful.

President Muhammadu Buhari had recently extended the tenure of the Comptroller-General of Immigration, Muhammad Babandede, and the Commandant-General, Nigeria Security and Civil Defence Corps, Muhammadu Gana.

Buhari has been under fire for extending the tenure of the Chiefs of Defence Staff, Army Staff, Naval Staff and Air Force.

It was gathered that the race for the IGP’s successor has begun with some state governors, influential politicians and traditional rulers rooting for their candidates.

A senior official said intense lobby for the new IG has commenced with various interest groups pushing the candidacy of their protégés.

A handful out of about 20 Assistant Inspectors-General of Police are eligible for appointment as the next IG.

A source stated, “The police council always meets confidentially to decide the next IG but a lot of people are already pushing for their candidates; the pressure is high but it is the President’s prerogative to select the IG.

“We have about 20 AIGs but most of them do not qualify under the new Police Act, which stipulates that a candidate for the office of the IG must have at least five years of service.

“We know that AIG Moses Jitiboh (former Chief Personal Security Officer to ex-President Goodluck Jonathan) still has over five years but they are trying to spoil his chances. Apart from him, about four other AIGs from the North also have good chances of being appointed.”

The source disclosed that the IG recently nominated Jitiboh for promotion to DIG in a move to bypass the most eligible AIG who was said to be sick.

When asked about the race for the police top office, the Commissioner representing the media on the PSC board, Mr Austin Braimoh, said the commission was not involved in the appointment of the IG, noting that this remained the prerogative of the police council.