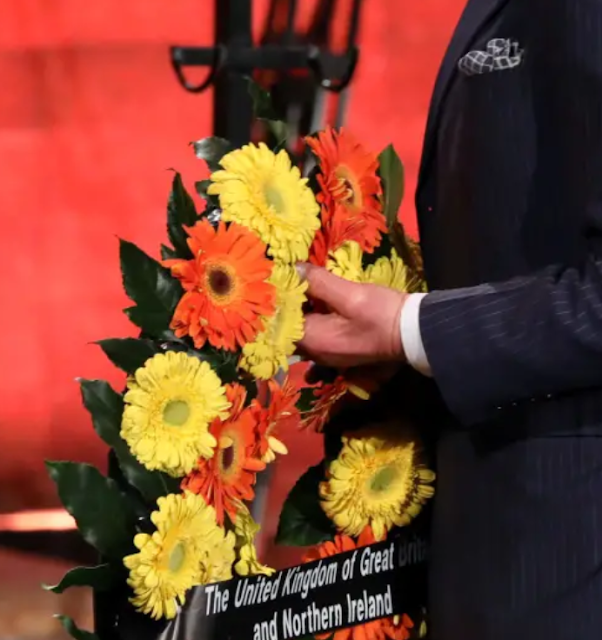 Israel’s international relations are very spirited; in any year, there are dozens, if not more, of interesting stories regarding ties with the Palestinians, the US-Israel relationship, and more’.

But 2020 is a year that will go down in history as one with one major diplomatic event after the other, starting with the Fifth World Holocaust Forum and US President Donald Trump’s peace plan in January, and ending with a fourth country – Morocco – joining the Abraham Accords in December.

So many things happened  in 2020 ,that the numbers have to be fudged a bit. Luckily, this is about diplomacy, not business.

The leaders ranged from England’s Prince Charles to German President Frank-Walter Steinmeier to US Vice President Mike Pence – but Poland’s president, Andrzej Duda, skipped the event, because he wasn’t invited to speak.

Duda turned down his invitation to the event as Warsaw and Moscow continued their dispute over the history of World War II and the Holocaust, and the event itself brought up those questions, with Yad Vashem eventually apologizing for the use of a map that favored the Russian narrative of events.

2. Eastern Mediterranean heats up. Israel came into its own as a natural gas power this year. A year that started with Israel exporting gas to Jordan for the first time ended with Israel becoming totally energy independent this week, no longer needing to import gas supplies in case of emergencies. Israel also co-founded, with Egypt, the Eastern Mediterranean Gas Forum, which has members from across the region, and signed further agreements with Greece and Cyprus toward building the EastMed gas pipeline from Israel to Europe.

But at the same time, trouble has been brewing in the Eastern Mediterranean. In late 2019, Turkey and Libya signed an agreement on their exclusive economic zones in the sea, encroaching on areas that Greece and Cyprus view as their own, and Ankara has sent warships to emphasize its position on the matter.

Meanwhile, Turkish President Recep Tayyip Erdogan and his AKP Party continued throughout to make antisemitic comments like calling Israelis dirty and comparing them to Nazis, and Turkey continues to harbor Hamas terrorists, even though Erdogan apparently thinks Israelis will just forget all that with his recent comments calling for a reconciliation between the countries – on his terms, of course.

A natural gas platform of the coast of Israel (REUTERS).

3. Pandemic diplomacy. Coronavirus is mostly a public health story, but there is a strong international relations element to this year’s pandemic, as well. condemnations of China’s handling of the virus, especially its silencing those who wished to warn the world of its dangers, has spread, and after many months of negotiations, the World Health Organization has been allowed to investigate COVID-19’s origins.

For Israel, like many other countries, the big diplomatic news around coronavirus began with desperate attempts by the Foreign Ministry and the Mossad to get personal protective equipment delivered and to bring home thousands of citizens stranded around the world as borders were closing and flights were being canceled due to pandemic precautions.

For example, in April, the ministry helped 16 Israelis return home from New Zealand in a 60-hour ordeal by flying to Germany, which agreed to treat Israelis as its own, then Lisbon, which had closed its borders but the Israel Embassy in Portugal arranged for special permission, and then a specially chartered Israir flight from Lisbon to Ben-Gurion Airport.

Israel’s highly successful vaccine operation also involved diplomacy; the government convinced several EU countries to give some of its share of shots to Israel. Little did anyone know that we would be vaccinating our citizens first.

4. Out with Trump, in with Biden. The government of Israel had it easy – perhaps easier than ever – with Trump in the White House. Not only was there no pressure to make concessions to the Palestinians or curb construction in Judea and Samaria, but the Trump administration showered Israel with gifts big and small: The US recognized Jerusalem as Israel’s capital and Israeli sovereignty on the Golan Heights; people born in Jerusalem could have “Israel” as their birthplace on their US passports; products of Israeli West Bank settlements can say “made in Israel” on them; plus a peace plan that reads like Prime Minister Benjamin Netanyahu wrote it, the history-making Abraham Accords, and “maximum pressure” on Iran – to be detailed later on this list.

But last month, Democratic nominee Joe Biden won the election, and now Israeli officials are bracing themselves for a return to normalcy: pressure on settlements and Palestinian issues, a return to the Iran deal, and a possible reversal of some of the small changes in State Department policy. Plus, there’s the factor of how effusively friendly Netanyahu has been to Trump.

5. Peace to Prosperity – and annexation. Trump’s plan for peace between Israel and the Palestinians had many of the elements we had seen before: It called for the Palestinians to give up on terrorism and incitement, and for Israel to make territorial concessions to allow for a two-state solution.

But don’t let that fool you; it was radically different from past peace plans. The plan would have allowed Israel to apply its sovereignty to as much as 30% of Judea and Samaria, including all settlements plus a generous security buffer.

The plan was announced in late January, and for the ensuing half year, whether Israel would annex and how much were the questions on the minds of foreign ministers around the world – including our own, Gabi Ashkenazi, who did all he could to stop it from happening.

In the end, the Trump administration and Israel set aside peace with the Palestinians in favor of peace between Israel and Arab states, the Abraham Accords.

6. Snapback and Iran violations. The Trump administration kicked off 2020 by killing the IRGC’s Quds Force commander Qasem Soleimani. It also continued its “maximum pressure” regime of sanctions against Iran in early 2020, and in August, it announced that it would be implementing the 2015 Iran deal’s “snapback sanctions” mechanism to stop a UN arms embargo on the ayatollahs’ regime from expiring.

The catch? The US left the Iran deal in 2018. The State Department pointed out that sanctions came into force by a UN Security Council resolution that specifically named the US as a party. The other parties to the nuclear agreement said the US had no authority to snap sanctions back, and they view the UN arms embargo as expired.

Biden seeks to rejoin the Iran deal while bringing the regime back to compliance and then strengthening the agreement, while Netanyahu said the deal is flawed at its core.

7, 8, 9, 10. The Abraham Accords – UAE, Bahrain, Sudan, Morocco, and more to come. The biggest diplomatic story for Israel in 2020 is undoubtedly its first peace treaty with an Arab state – the United Arab Emirates – in 26 years, which snowballed into three other Arab countries normalizing relations with Israel in four months.

The Abraham Accords, as the US called them, emphasizing the role of interfaith dialogue, shifted the paradigms about Israel’s role in the region. No longer do the Palestinians hold veto power over Israel being part of the Middle East and reaping the benefits of relations and business with Arab states.

As 2021 begins, there is broad speculation about who will be next; Oman, Indonesia, Mauritania, Pakistan have all come up in recent weeks, but the crown jewel is Saudi Arabia. Expect more news on that front in the coming year.