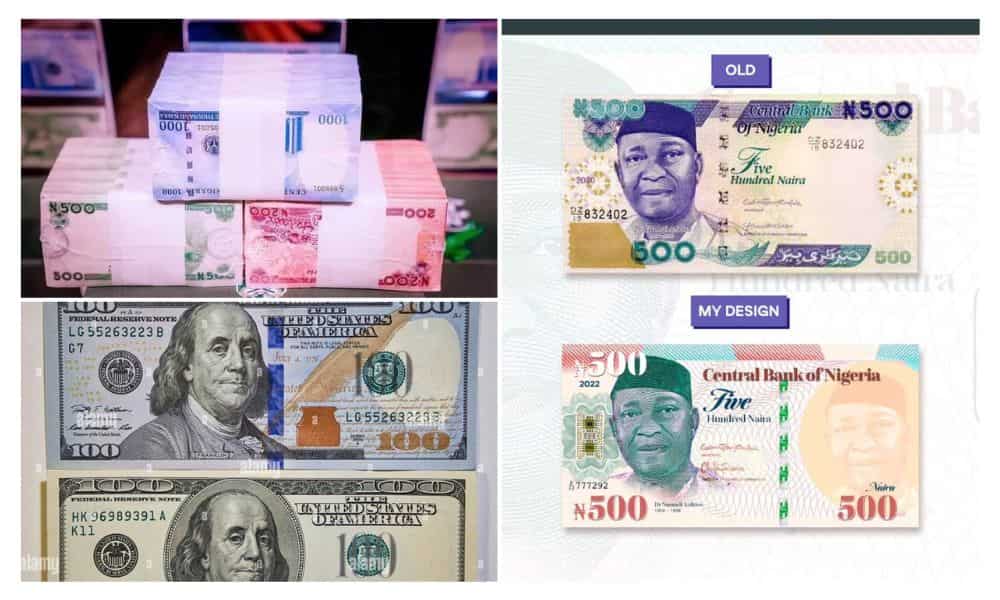 The Central Bank of Nigeria, CBN, announced the introduction of the new notes into the Nigerian financial system on Wednesday.

While outlining the features of the redesigned notes, the CBN governor told State House Correspondents that it was in line with global best practises, stressing that the naira was required to be redesigned and re-issued every five to eight years. The last time the bank redesigned the naira was in 2014 when it changed the design of just the 100 naira note to commemorate Nigeria’s centenary.

According to him, it is regrettable that the naira has not been redesigned for the past 19 years owing to lack of political will from previous administrations.

“In the past, I have to confess that attempts by the CBN to redesign and re-issue the naira notes have been resisted. It is only President Muhammadu Buhari that has exhibited the courage to do so,” he stated.

Emefiele said it was the mandate of the CBN to redesign and re-issue the notes, stressing that the exercise would become a regular trend after five to eight years.

Meanwhile, Nigeria has in recent years undertaken the redesigning of her currency for various reasons.

For instance, in response to the expansion in economic activities and to facilitate an efficient payments system, the ₦100, ₦200, ₦500 and ₦1000 banknotes were introduced in December 1999, November 2000, April 2001 and October 2005 respectively.

On 28th February, 2007, as part of the economic reforms, ₦20 was issued for the first time in a polymer substrate, while the ₦50, ₦10 and ₦5 banknotes, as well as ₦1 and 50K coins were reissued in new designs, and the ₦2 coin was introduced.

The circulation of the new designs will begin on December 15, 2022.

But the introduction of the new naira banknotes has received a lot of reactions from Nigerians .

Some economic experts have pointed out that apart from the change in colour of the redesigned N200, N500 and N1000 naira notes, its security features have been enhanced.

But the presidential candidate of the African Action Congress, AAC, Omoyele Sowore knocked President Buhari and Emefiele, accusing them of playing Nigerians by redesigning the banknotes.

Sowore slammed Buhari, saying that no significant change occurred to the naira, and it seems Nigerians have been deceived again.

For Shehu Sani, a former Nigerian lawmaker, it was only a colour change that was introduced in the new notes, saying, “If it’s Naira colour, the CBN should have just engaged Snapchat.”

A senior lecturer of the Department of Economics, Kaduna State University, Professor Abdulmalik Abdulkadir, said with the current redesign of banknotes, embezzlement of public money by those in position of power, would be minimised

Speaking to Journalists in Kaduna on Wednesday, Prof Abdulmalik noted that since the new notes are yet to be in circulation, what everyone is after is how to change the old currency which may soon fade away.

According to him, some public servants in positions of authority are also scared of stealing public funds as they would be caught anytime, anywhere.

Few Nigerians, who spoke to our correspondent on the streets of Abuja, also shared their thoughts. While some of them believe that it is a good way to stop politicians from money laundering ahead of the 2023 general elections, some others feel it is a waste of time.

Jennifer Adimso said, “I’m surprised that people still believe in this government and their policies. You’re talking about preventing politicians from laundering money but that’s a lie. Who is Emefiele working for? He is working for the APC. In fact, he is a member of the APC. He was contesting for the APC presidential primary if not for the pressure from Nigerians.

“In fact he went to court to challenge Nigerians against him. He is working for his party and if anybody is planning to launder money, it is APC. You’ll see bullion vans parked in the compound of some individuals and no one will question them. I believe they have some politicians they’re targeting. They’ve concluded their plans. These people think way ahead of us. Changing the colours of the N200, N500 and N1000 notes is just another way to distract Nigerians. Nothing more.”

David Sam Ade said, “All I can say is that the colour of those banknotes have changed. I’m not an expert to know the security features but all I can tell you is that the change won’t contribute anything. Now tell me, will it change the prices of garri, rice, yam, onions and other food items in the market? Buhari and his team are bent on deceiving Nigerians. We can’t wait for their tenure to end. People are suffering and all you can do is change the colour of money. It makes no sense to me. The reason why Emefiele is still there as the CBN governor is because he’s as clueless as the President himself.”

Pastor Jewel Abianso said, “Nigerians should be prayerful. Nigeria is drifting under the current government. See, the redesigning of the naira note may be good to many of us but we may not know the idea behind it. The question is why is it happening now? They said it is to stop money laundering against the election but how do we know the other underlying reasons? When a government has established itself on deceit, it becomes difficult to know when it is taking a good measure that would be beneficial to its people. I believe Nigeria has more significant problems than changing the colour of some currency denominations. Once again, I’ll encourage Nigerians to pray hard ahead of the forthcoming elections. Let’s pray for change and to have a government we can trust.”

Meanwhile, Abdulrasheed Bawa, Chairman of the Economic and Financial Crimes Commission (EFCC), had described the development as apt and commendable.

He said it was “a well-considered and timely response” to the challenges of currency management.