Wumi Toriola, a Nollywood actress, has responded to her ex-allegations husband’s of violence.

Wumi Toriola’s ex-husband, according to NenyKo, has opened up about their failed marriage to his new love interest.

While discussing their failed marriage, he stated that Wumi Toriola’s part was filled with violence, deceit, and betrayal.

Her estranged husband made this known to his new Igbo girlfriend, who leaked their conversation to Instagram blogger, Gistlover. 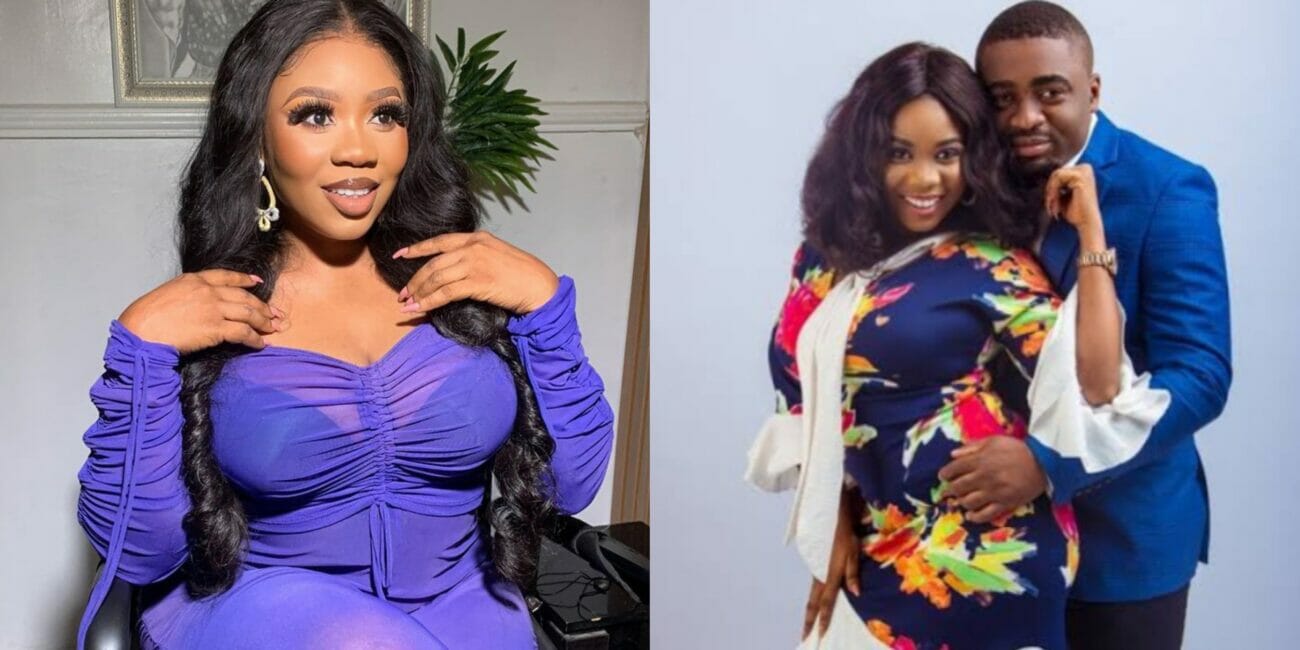 The blogger claimed that a lady had reached out to her when she broke the news of the couple’s crashed marriage. The lady alleged that she was dating Wumi’s husband and he had denied being married.

After confirming that her new man was the Actress’s ex, she confronted him and he opened to her on his ‘toxic marriage’.

Although, not going deeper, the father of one revealed that his marriage to the actress was an ugly one, filled with physical assault and deceit. Describing his marriage as a total regret, he accused the actress of assaulting his mother.

She stated that she has never been physical with her mother-in-law nor her mother and she has witnesses to back her up.

She revealed that her marriage had crashed for over a year now, and she didn’t need to air it out on social media because there was no need for the drama.

“There has been a lot of media attention on me lately regarding my marriage.

Yes it is true that the marriage is over. We have gone our separate ways for over a year now. It didn’t work out, there was no need for drama hence my reason for not letting my fans know.
But yesterday, I saw a report where it was alleged that I was violent while the marriage lasted and I used to beat my mother and my mother-in-law. It was reported that my ex allegedly comforted this lies.

For the records, I am not a violent person. I have not had to exchange punches with anyone and I was never violent in the marriage.

The most painful part of the report is that I used to beat my mother. This is not only personal attack, it is satanic. It is against everything I stand for and believe. As a properly raised Yoruba lady, it is costly to lay your hands against your parent. As a matter of fact, my mum has been late for over 20 years. Andi never raised my hands against my mother-in-law, it never happened. My family members, my ex’s family members and our neighbors can testify to that.

I wish those who started the rumor and those spreading well and pray that God rewards everyone of us according to the works of our hands.

As for me, I am focused on the next level, and I have moved on from the past. I advice everyone else to do the same”.