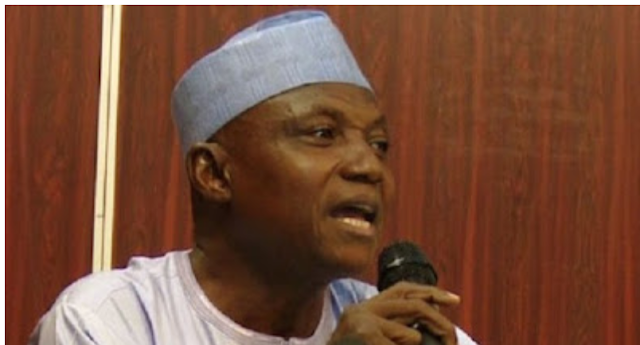 The senior special  Assistant on Media and publicity to the president,Garba  Shehu has alleged that the abduction of the  300 students from government Science Secondary School, Kankara, Kastina was unsympathetic and absurb.

” I think it is just being ridiculous because how can anybody do this? then people must be heartless” Shehu said when asked for his reaction to claims that the kidnap was staged on Channels Television breakfast programme, Sunrise Daily

“These young people were fed once on raw potato and drips of water for seven days, see how much suffering they were subjected to. I don’t think any decent human being would subject innocent young people to this kind of thing. No, it is ridiculous, nobody should say this, please”, he said.

He also said that remorseful muggers were involved in the rescue of the abducted boys.

According to Shehu, the remorseful muggers were used by the Zamfara State Government to gain access to those that were in the forest.

“The Governor of Zamfara State, who had a policy of engagement with the bandits leading to the surrender and renouncement of bandits, used repentant bandits to gain access to those that were in the forest and they had them (schoolboys) released. All the leading actors in Zamfara and Katsina States said no ransom was paid”, he said.

Shehu  said that no ransom was paid to get  the boys released, he added, the rescue operation was a joint effort of both the army, police, and other security agencies.