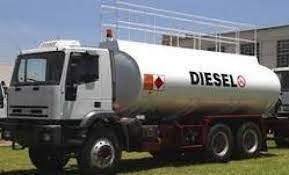 A 39-year-old tipper driver, Jemilah Abdullahi, has died after he drowned inside a diesel tanker compartment while allegedly attempting to steal diesel inside a company’s premises in the Ikorodu area of Lagos state on Monday, January 23.

Confirming the incident to newsmen, the spokesperson of the state police command, SP Benjamin Hundehin, said the deceased fell inside the company’s diesel tank while scooping fuel into a container and that his swollen body was recovered by the workers on Monday January 23.

“The police received a distress call on January 23, 2023 around 1.15am that a tipper driver attached to Kinlon Company, Ketu Ereyun, Ikorodu, Lagos, had allegedly fallen inside the company’s diesel tank and drowned while stealing diesel.

The divisional officer of Ketu Ereyun led a team of police officers to the scene and recovered the swollen body of the man, identified as Jemilah Abdullahi.

It took the combined efforts of the police and some other persons to retrieve the swollen body from the belly of the tank.”

He added that investigation into the incident continues while the corpse of the deceased had been deposited in the Epe General Hospital morgue for an autopsy.