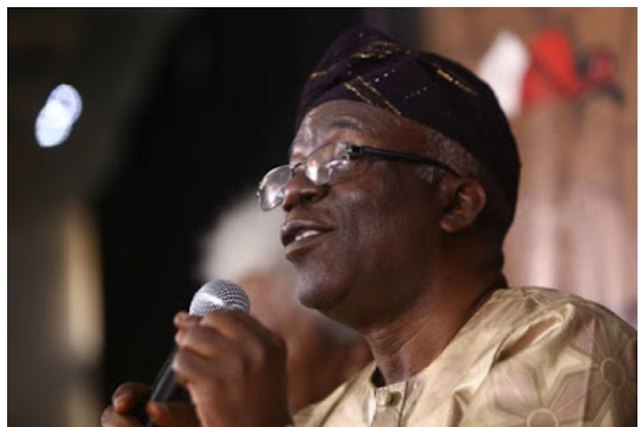 Femi Falana, Nigeria’s senior advocate (SAN), says those who say the unity of Nigeria is non-negotiable are mistaken. Speaking about the demands for restructuring, he said that it should be adapted to the peculiarities of the region, but that youth unemployment and other problems faced by Nigerians cannot be resolved on their own.Stakeholders have called for the nation to be restructured to save it from disintegration.In a lecture given at Ekiti State University’s 20th conference on Wednesday, Falana said that certain “opportunistic politicians” only join the restructuring effort while they are out of control, but oppose the movement when they are in office.

“To reframe the question, some myths should be exploded. First, stripped of all obfuscation, restructuring is basically about making the Nigerian federation work better for the purpose of governance and development. That should be the objective of restructuring rather the elusive pursuit of “true federalism.

“There is nothing like a true federalism. Every federation is structured for the specific purpose of each country. That is why the Indian federation is not identical to that of Australia or America. The Swiss federation is operated differently from that of Canada or Brazil.

“The German federation is working not because it’s ‘true’, but because it meets the specific historical need of the Germans. So we should stop mystifying the debate by calling for a ‘true federalism’ instead of asking for a workable federation of Nigeria. As a matter of fact, making a federation to work, building a nation or promoting national integration is never a finished business.

“After all, what’s federalism if not a system of continuous negotiations and compromises. That’s why it’s a gross misnomer when some people pronounce arrogantly that ‘Nigeria’s unity not negotiable.’ That’s wrong.