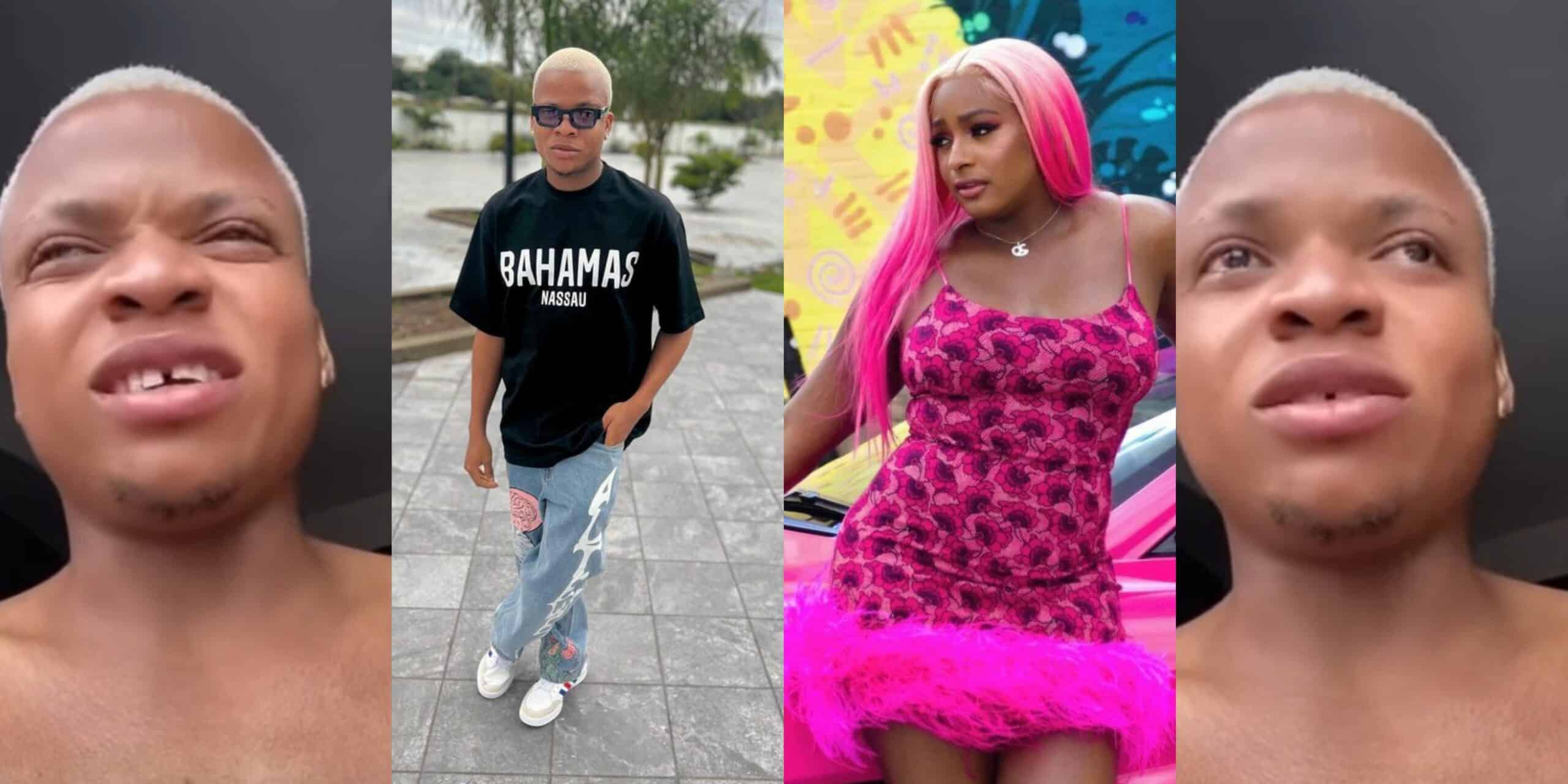 Tobe, a Nigerian comedian, was upset by the news of DJ Cuppy’s engagement.

On social media, the Instagram comic burst into tears over the wonderful news.

Tobe took to Instagram to wonder how he could be living as the disc jockey walks down the aisle with someone else.

He claims he hasn’t been able to breathe because his heart has been threesomed.

“So I dey alive another man engage my cuppy. I’m not feeling my breathe. My heart has been threesomed. God am I a rod?”.

“It’s a very hard time for me because I have put in so much work to make this work between Cuppy but I guess you find your happy place. Please all I request for are my kids Dudu and Fufu. The wey my heart is doing me right now is like they use naked wire with current to tie it. I woke up and I farted (mess) but I could not smell anything “me wey know how my mess dey smell”.

They I realized all my emotions are gone. Cuppy run my heart street and e go bad say them engage my babe come beat me join am. God ease, take the wheel because I thought I broke her heart but I never knew she was crying for me because my heart have collect wotowoto. Hard times don’t last forever but it’s like na this my own go break record ooo because this pain is everlasting so help me God. E pain me cuppy but I hope after reading this, you will send me small thing to take press because I’m going through a lot right now”.

NenyKo reported that Friday night, November 19th marked a new beginning for Cuppy as she said yes to her boo.

The videos and photos of her engagement by her white boyfriend surfaced online on Saturday with several congratulatory messages.

Cuppy was seen in the video hugging and kissing him after he popped the Will-You-Marry- Me question to her on stage.

DJ Cuppy who is one of Billionaire Femi Otedola’s daughters said ‘Yes’ to the question, which was followed with passionate kisses on stage.

The audience were seen clapping and screaming in excitement.

The lovebirds who have been keeping their relationship underwraps made things official following their engagement.

It is not surprising to know that Cuppy’s husband to be is a boxer.

The entertainer has always made her love for boxers known. From striking a friendship with Anthony Joshua and meeting Lawrence Okolie, there is no denying that Cuppy loves that profession.

Majority thought she was going to end up with heavyweight boxer, Anthony Joshua, who she has declared love for on several occasion.

Cuppy even went as far as photo-shopping herself and him in a traditional attire.