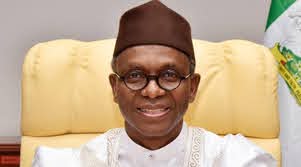 Governor Nasir El-Rufai of Kaduna State, has said that President Muhammadu Buhari is not opposed to state police and true federalism.

El-Rufai,  the Chairman of the All Progressives Congress (APC) Committee on True Federalism, which submitted its report in 2018, said Buhari is not opposed to restructuring.

The Governor claimed  that it was the National Assembly’s  fault for not acting on the recommendations to make the laws.

“The President agrees with the content, main crux of the report and we drafted bills that will enable the amendment of the constitution as well as statutory amendments that will give effect to our recommendations”.

“I call on members of our National Assembly to take our report, look at the bills we have drafted and work on them, try to give us state police, state judiciary, vest control of oil and minerals in the states, offshore in the government of the federal while states pay royalty and tax”, He said by quoting Vanguard.

Many individuals and groups have supported the call for Nigeria to be restructured with the newest call coming from Ifeanyi Okowa, the Governor of Delta State.

Okowa noted that the nation’s constitution was the major problem, advicing politicians to stop using the issue of restructuring to play politics.

In the same vein, a former Chief Security Officer to late military ruler, General Sani Abacha, Hamza Al-Mustapha at the weekend advised Nigerians not to allow politicians to decide restructuring of the country.

He said such would be dangerous and will break the country, adding that citizens were toying with the issue by allowing the political elite to take the front seat in the agitation for Nigeria’s readjustment.