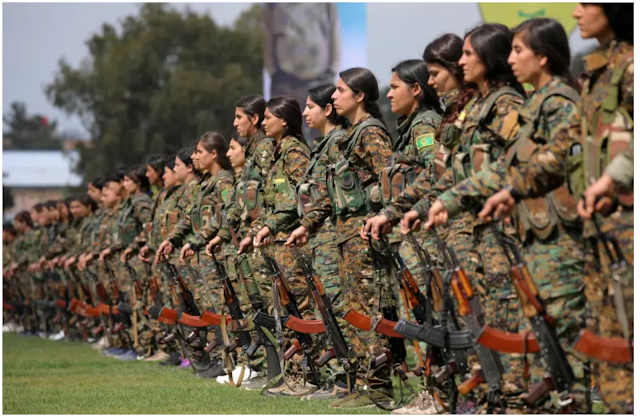 A rebel source with the Turkish-backed National Army said the group captured some farmland after an assault on the outskirts of the capital.

Syrian rebels backed by Turkey fought on Friday against Kurdish forces near the town of Ain Issa in northern Syria, where Russian and Turkish troops jointly patrol the main highway. Turkish forces and their Syrian rebel allies occupied land in the area in an operation last year against the Kurdish YPG militia in northern and eastern Syria.Ankara’s Western allies also strongly condemned this incursion, which was thwarted after Turkey signed separate agreements with Washington and Moscow, the second of which agreed to set up joint Russian-Turkish patrols.The YPG, which Turkey considers to be a terrorist organisation, is the military backbone of the Syrian Democratic Forces (SDF) coalition that conquered the Islamic State in north-east Syria with the support of U.S. air force.

Ain Issa, where the clashes occurred overnight, sits along the M4 motorway connecting major Syrian cities and where Russian-Turkish patrols normally take place. A rebel source with the Turkish-backed National Army said the group captured some farmland after an assault on the outskirts of the capital.The SDF leader told the local Kurdish media that the shelling reached parts of the city and the highway, but his forces were thwarting the attack.Ain Issa, east of the river Euphrates, also has a large camp for displaced persons, where the SDF has held families of Islamic State soldiers, including foreigners.