China called itself a “victim” of disinformation after Twitter had locked up the account of the Chinese Embassy in the United States.

The account was closed by the Embassy’s tweet defending Beijing’s treatment of the Muslim minority community, Uyghurs, and condemning conservatives for how the social media site censored Trump’s account but refused to block the account of repressive regimes such as North Korea, China, Venezuela, Cuba, and Russia.

The post, which was made earlier this month, reported that Uyghur women in Xinjiang were no longer “baby-making machines.” 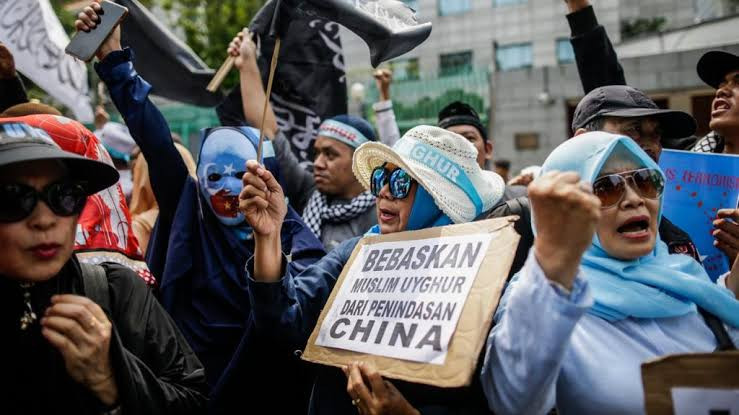 “In the process of eradicating extremism, the minds of [Uyghur] women in Xinjiang were emancipated and gender equality and reproductive health were promoted,” the tweet read, citing a report from state-run newspaper China Daily.

At a briefing in Beijing on Thursday, January 21, a Chinese Foreign Ministry spokesperson defended the embassy’s actions.

“China is … a major victim. There are many false and ugly [pieces of] information about China on Xinjiang-related issues. Of course, the Chinese Embassy in the US has responsibilities and obligations to clarify the facts and explain the truth,” Hua Chunying argued, hitting back at Twitter’s “restrictive measures.”

“We hope Twitter can uphold the principle of objectivity and impartiality, not to show double standards on this issue, but to strengthen screening, and identify what is false information, what are rumors and lies, and what is fact and truth.”

The United States on Tuesday just before the Trump administration left office, stated that China is committing genocide and crimes against humanity against Uyghur Muslims and ethnic and religious minority groups who live in Xinjiang.

“This genocide is ongoing, and… we are witnessing the systematic attempt to destroy Uyghurs by the Chinese party-state,” former US Secretary of State Mike Pompeo said in a statement Tuesday.

READ ALSO:  Lady whose ex-boyfriend had destroyed the house he had designed for her debris poses.

A Twitter spokesperson said that the tweet had violated the company’s content policy, which prohibits “the dehumanization of a group of people based on their religion, caste, age, disability, serious disease, national origin, race, or ethnicity.”
The tweet is now “no longer available” on the platform.

READ ALSO:  Football star Ronaldinho's mother dies at the age of 71 from Covid-19.
U.S. rapper, Young M.A. responds after her ex is revealed to be dating Davido.