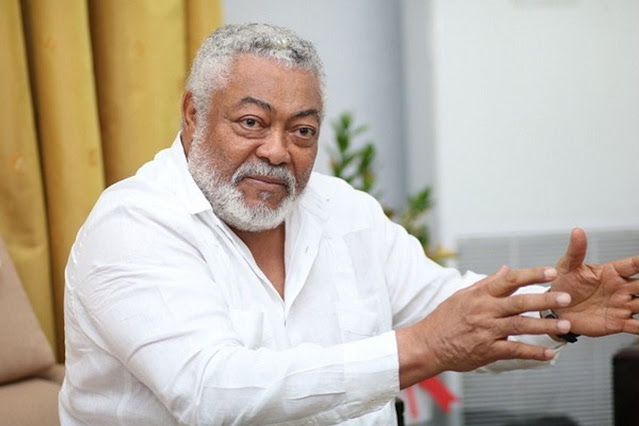 The funeral of the longest-serving president of the Republic of Ghana, H.E. Jerry John Rawlings, has been hit with confusion as the date the former head of state would be laid to rest has become a bone of contention.

On 30th November 2020, the Head of Funeral Planning Committee, Ambassador James Victor Gbeho, stated that the family of the late president in consultation with the Government agreed that the date for the State funeral of the former President is confirmed for Wednesday, 23rd December 2020 at the Independence Square in Accra.

The family of former President Jerry John Rawlings has dismissed reports of the funeral date of the late President.

In a press release signed by the Secretary to the Agbotui family on Wednesday, he said,
“The press release on Monday confirming the date of Rawlings’ funeral should be disregarded noting that the said consultation with the family never took place adding that the family and the Chiefs of Anlo state are yet to schedule a date for the final funeral rites of the former statesman”.

Find the statement below: 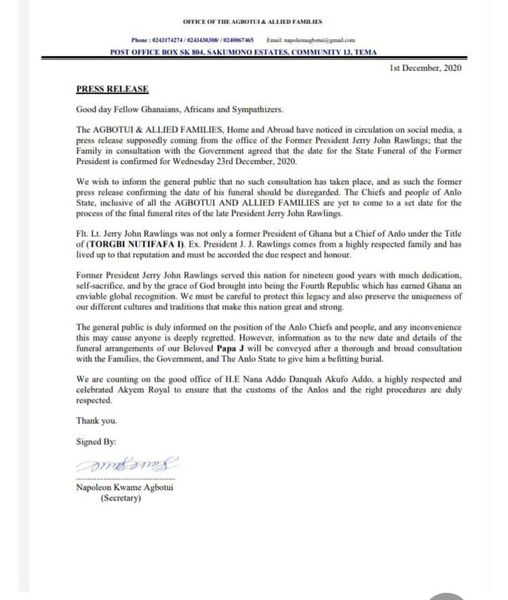