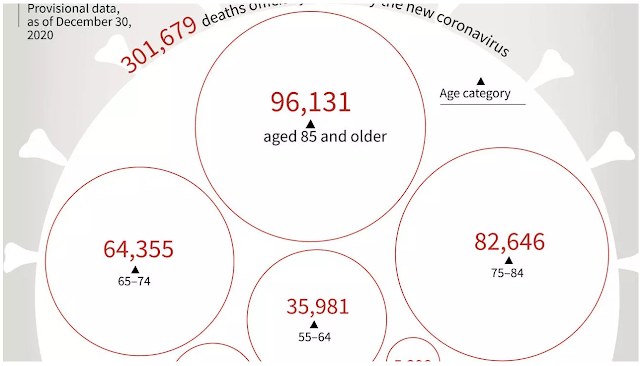 U.S. leaders defended Sunday’s stumbling-block campaign to vaccinate millions of Americans against coronavirus, claiming they wanted even more to be achieved in the coming weeks after delays.

“There have been a couple of glitches, that’s understandable,” top US scientist Anthony Fauci said on ABC. He said there would always be challenges in “trying to get a massive vaccine program started and getting off on the right foot.”

Some 4.2 million Americans got initial doses of two-dose vaccines from Pfizer-BioNTech or Moderna, but this is well below the official estimate of 20 million by the new year.

Part of the issue, Surgeon General Jerome Adams said on CNN, is that “this virus also occurred in the midst of a surge, and a lot of the local capacity to be able to vaccinate was being used for testing and responding to surges.”

President Donald Trump has put the pressure on the states to orchestrate the delivery of vaccines until they have obtained their stocks.

“The vaccines are being delivered to the states by the Federal Government far faster than they can be administered!” he tweeted Sunday.

Fauci said he saw “some little glimmer of hope” in the fact that 500,000 people are now being inoculated a day, a far better number than when the program started last month, and “I think we can get there if we really accelerate, get some momentum going.”

Adams added that he already wants vaccines to “rapidly ramp up in the new year.”

Troubling claims have arisen that the vaccine is going poorly due to inadequate organisation, shortage of healthcare personnel to prescribe it and, in one isolated event, sabotage.

Few people have even waited in line for hours to turn away.

In Tennessee, elderly people, some with walkers, were reported standing along a busy highway waiting for their vaccines.

The president tweeted Sunday that “the number of cases and deaths of the China Virus is far exaggerated in the United States because of @CDCgov’s ridiculous method of determination compared to other countries, many of whom report, purposely, very inaccurately and low. ‘When in doubt, call it Covid.’ Fake News!”

But Adams, who was nominated by Trump, said he saw no need to doubt the statistics of the Federal Centers for Disease Control (CDC).

Fauci said that “those are real numbers, real people and real deaths.”