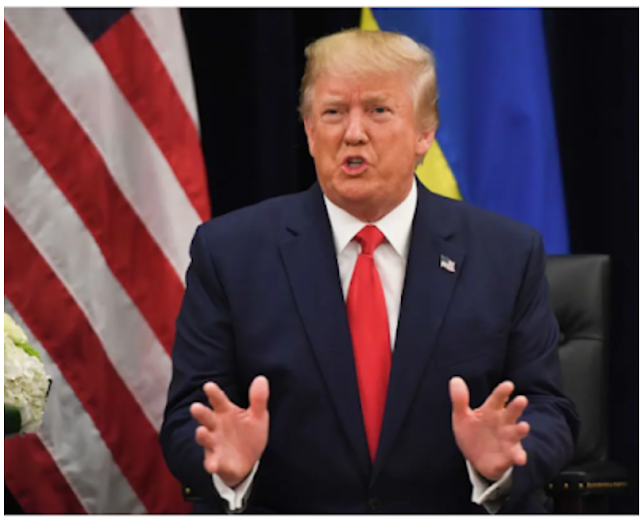 U.S.— On Thursday, President Donald Trump released a proclamation extending the suspension of the issuing of work visas and green cards.

Trump imposed legislation in April and June to secure job security for American workers in the wake of a surge in unemployment due to the COVID-19 pandemic.

The announcement came hours before the President’s Executive Order on Immigration Limits was due to expire.

The order will also expire at the end of March, extending to the first term of office of President-elect Joe Biden, who has promised to reverse Trump’s immigration policies.

The proclamation said allowing immigrant workers into the country would “pose a risk of displacing and disadvantaging U.S. workers during the economic recovery following the COVID-19 outbreak”.

“The effects of COVID-19 on the United States labour market and on the health of American communities is a matter of ongoing national concern.

“And the considerations present in Proclamations 10014 and 10052 have not been eliminated,” Trump wrote in the proclamation.

The President first placed limitations on the issue of green cards for refugees in April and extended them in June to limit a variety of other work visas.

The proclamation reported that the latest rise in COVID-19 cases had exceeded the previous highs in June.

This, in addition to the enforcement of the pandemic-related controls, has put more pressure on U.S. companies, he added.

“The effect of recently approved vaccines and other treatments has not yet been fully realised for the U.S. labor market.

“While the November overall unemployment rate in the United States of 6.7 per cent reflects a marked decline from its April high, there were still 9,834,000 fewer seasonally adjusted non-farm jobs in November than in February of 2020,” the proclamation added.

The order extends only to nationals who are currently outside the U.S. and who are not yet permitted to enter the country.

Many who still have permanent status are not impacted, though there are exceptions for other individuals, including the wives and children of U.S. residents.