Vanessa Bryant took her Instagram Stories to slam rapper Meek Mill for a line in her song that makes a tasteless reference to her husband’s death in a helicopter accident.

Meek Mill rapped: “Yeah, if I ever lack, I’m goin’ out with my chopper, it be another Kobe.”

Kobe Bryant’s widow, Vanessa, told Meek she finds the line “extremely insensitive and disrespectful.” She told him he can do better than that and added that his latest release “lacks respect and tact”. 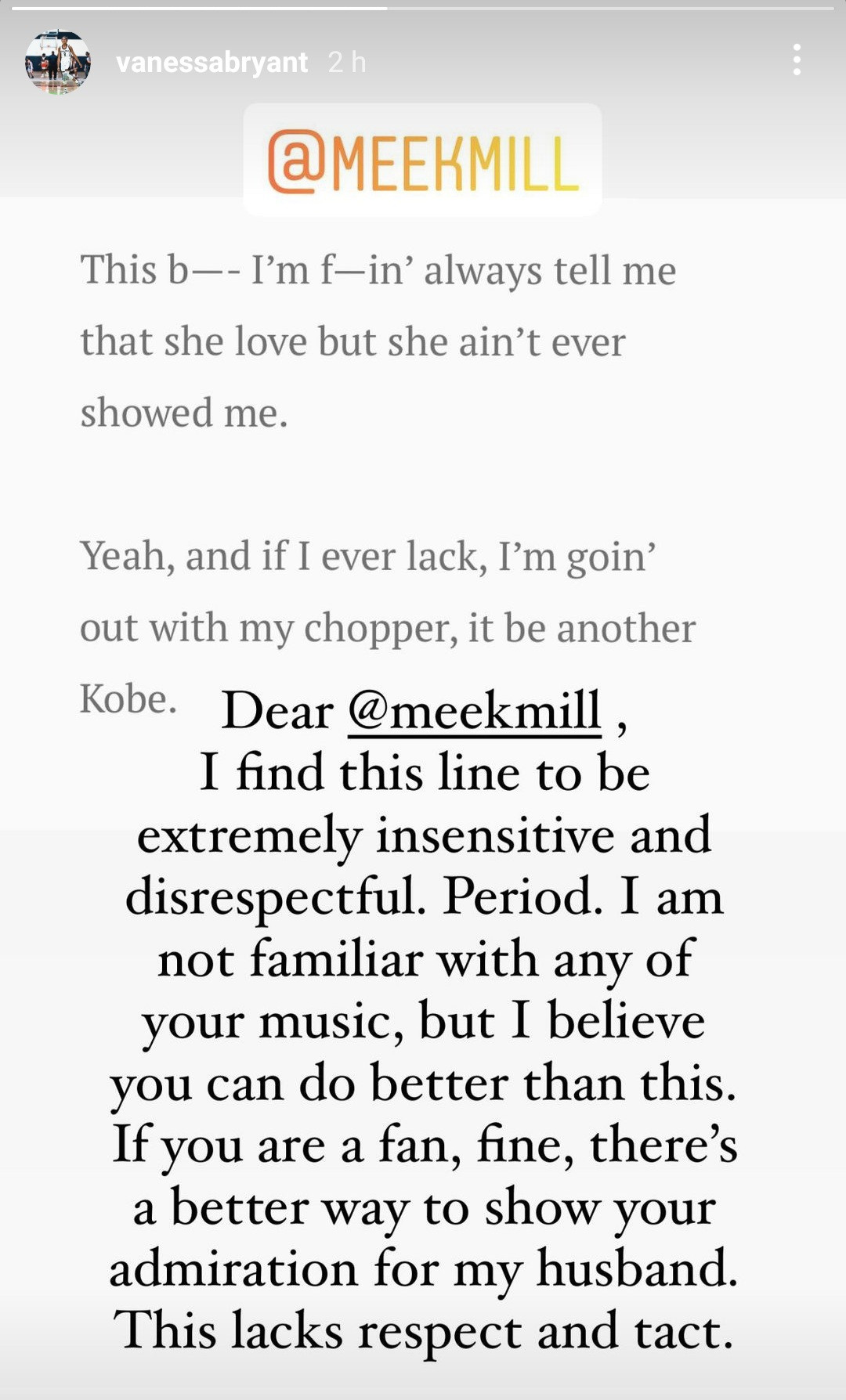 Well, Meek then took to Twitter to write: “I’m going back savage in this shit… f**k ya feelings.”

Though he didn’t mention Vanessa Bryant, people immediately concluded it was his response to her and they are now calling him out. 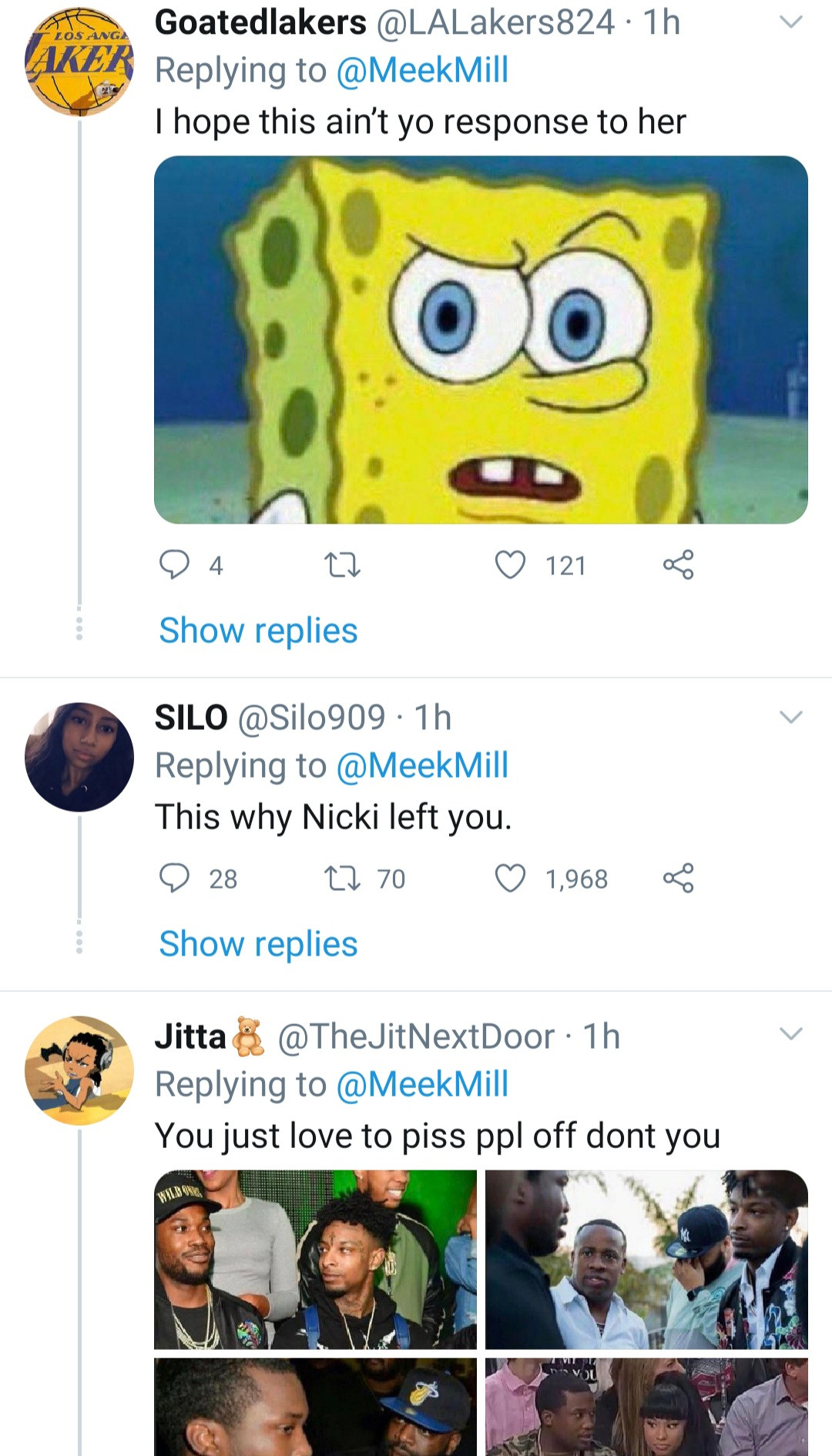 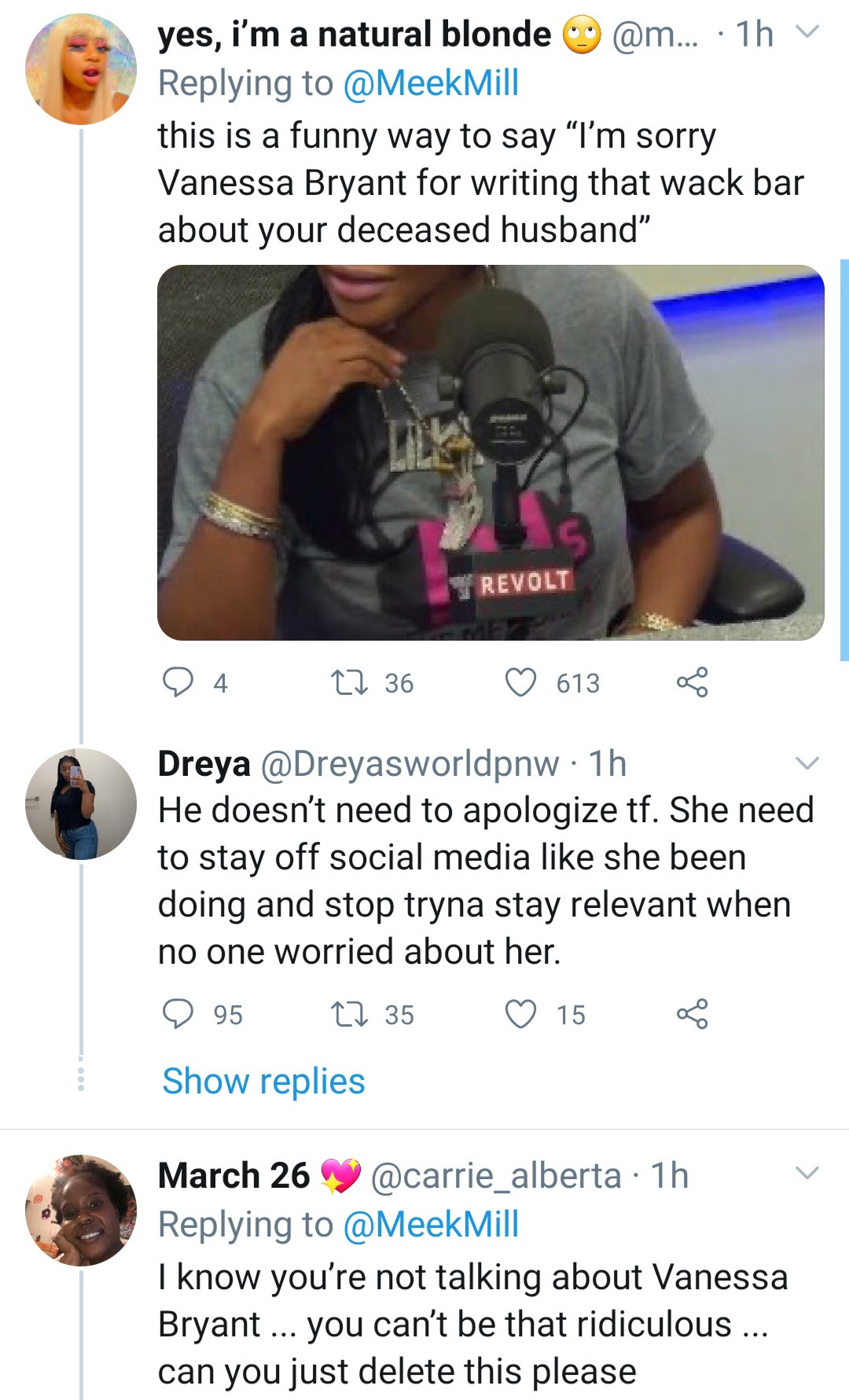 Chelsea will not win the English Premier League title with Olivier Giroud and Tammy Abraham as their two centre forwards. Read more

Kristen Stewart, Naomi Watts And Other Actresses Who Have Played Princess Diana(Photos)

Diana, Princess of Wales 1 of 7 Kristen Stewart is the latest actress to try and capture Princess Diana in Read more