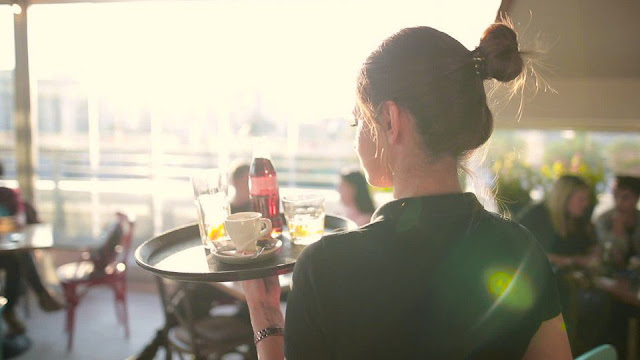 A Texas restaurant has paid a waiter a $2000 tip she got from a customer,  some days after the restaurant owner complained that the bank has refused processing the tip to the worker’s account .

Emily Bauer, a mother of two had worked at Red Hook Seafood and Bar in Texas for just two weeks when, over the Thanksgiving holiday weekend, one customer who was there with his wife was extremely sympathetic to the young mother and wanted her to have a joyful Christmas with her family.

So when she went to tabulate his bill, the customer left her a note, along with a giant tip of $2000

Bauer discovered the tip when she went behind the drink station, reported KENS-TV, and looked down onto the credit card slip.

It was the first time Bauer, a mother of two boys aged 2 years and 5 months had received such a tip. It was also the first time she had enough money to splurge on her kids during Christmas.

“I’ve never had a Christmas where I’ve been able to splurge on them,” she told the station.

After she discovered the tip, the restaurant tried to honor the tip, but their bank wouldn’t process a tip that large on the credit card which confused all parties involved.

Though the customer had called to see whether Bauer had received the money, the manager suggested to the customer he return to the restaurant to solve the issue, but the customer hung up the call before they could fully explain the situation.

And being that the number the customer called from was private, there was no way to contact him.

People in the neighborhood heard of the news felt the restaurant was holding out on its employee, rather than running into a technical problem, resulting in a public backlash and death threats towards the restaurant owner, John Cheng.

“It’s Christmas time, and everybody is struggling,” Cheng told KENS.

“I’m ready to give it to her as a Christmas gift.”

This gesture encouraged Bauer even more.

“The fact that the owner of my job is willing to give it to me, even though it wasn’t his mess-up, I can’t thank him enough for that,” a tearful Bauer told KENS.