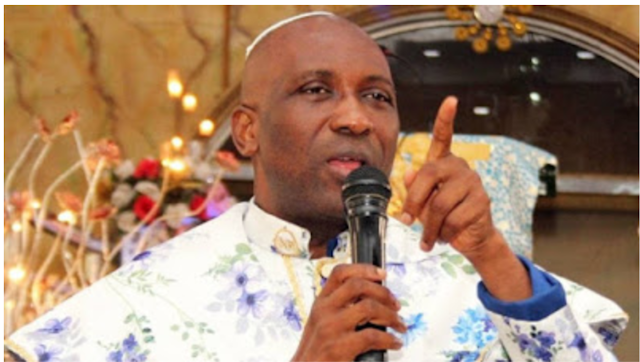 Primate Ayodele said Obaseki should wake up because he has  foreseen his political assignment being frustrated by his enemies in the State.

The popular prophet encouraged the governor and his deputy not to allow “discrepancies, and kangaroo court judgments to be used to throw them out of their administration.”

He stated this in a statement he forwarded:

Primate Ayodele said: “the enemies were doing everything to get Obaseki out of the way, and “to disqualify his ability to move Edo forward.”

“Obaseki must wake up, they want to bring his government down, he must not sleep so that they will not use kangaroo court judgment against him.”

“He and his deputy must not allow discrepancies, they must take every step so they won’t give them a shock”.

“His political enemies are waiting for his downfall, he should take the right step now before it’s too late, they want to frustrate his political assignment, they are looking for every means to disqualify his ability to move Edo forward”.

“He must not joke with this before it’s too late, they want to do everything to get him out of the way, he should not let it be too late,” Primate Ayodele concluded.