The 139-year-old Victorian house in San Francisco was stripped from its old address and relocated to a new address, causing residents to line the streets to witness this rare phenomenon.

On Sunday, Feb 21, the England House, a landmark building in the heart of the Golden City, was loaded into a truck and relocated from 807 Franklin St. to 635 Fulton St., San Francisco. 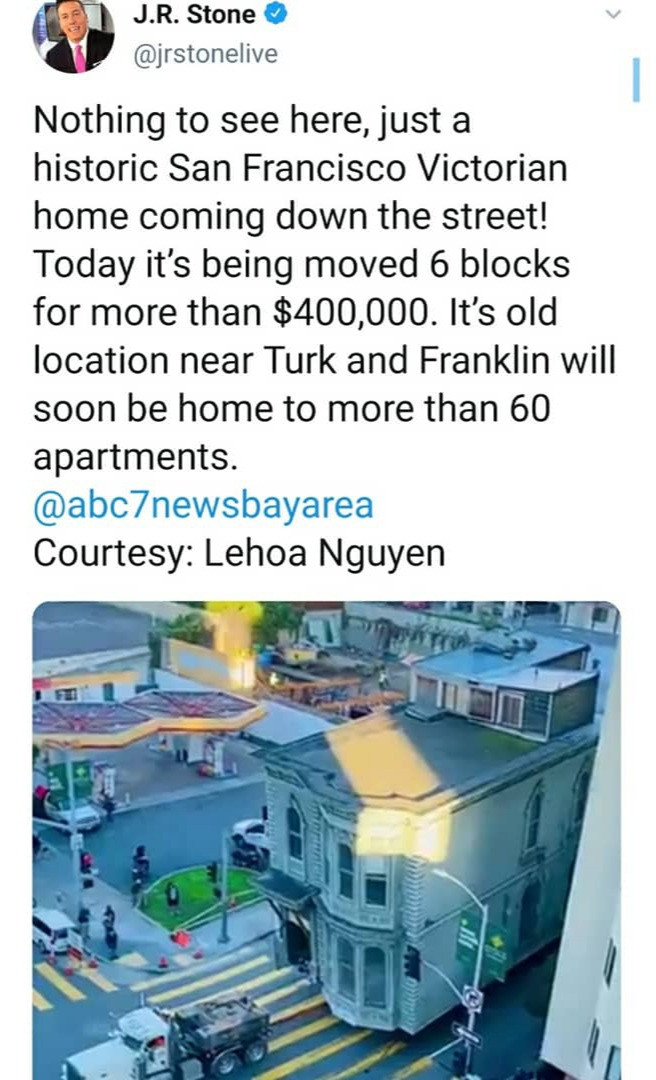 Videos and photos showed the beautiful green house moving to its new location six blocks away.

Hundreds of onlookers gathered to take photos and videos. 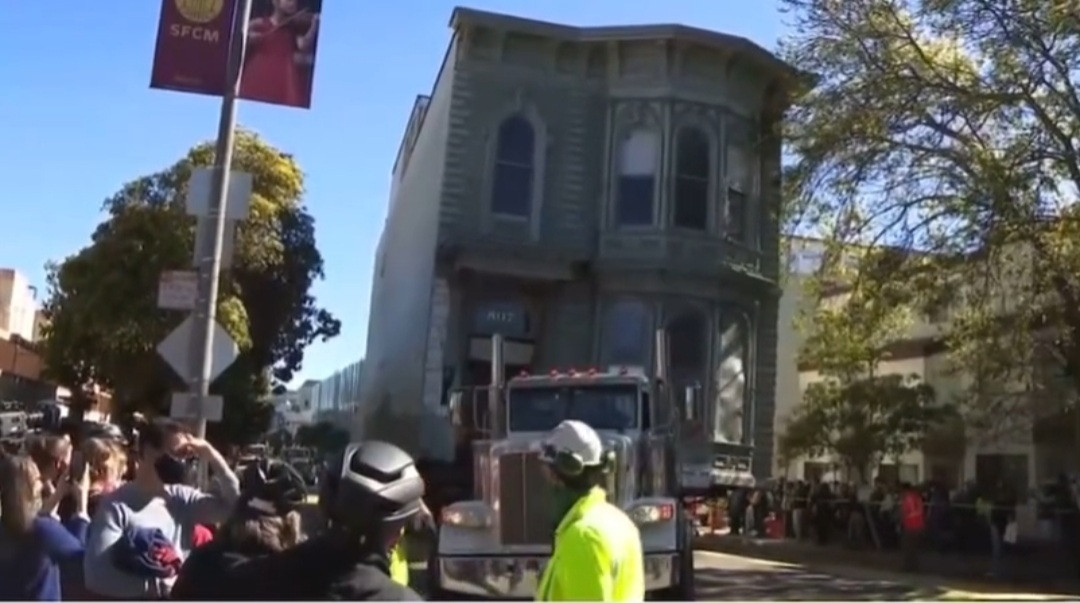 Phil Joy, a veteran house mover who oversaw the move, told the San Francisco Chronicle that moving the house, built in 1882, took several years to plan.

“We had to get 15 different city agencies to agree to this,” Joy said, according to the newspaper.

Tim Brown, a San Francisco broker who was the owner of the six-bedroom house, paid about $400,000 in moving costs and fees, the Chronicle reported. 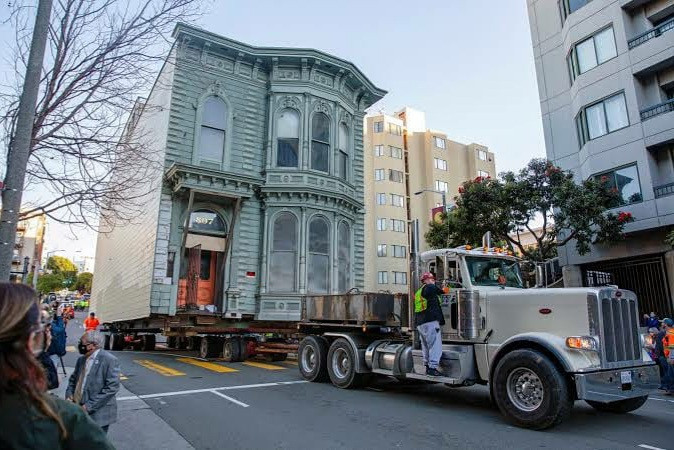 A 48-unit, eight story apartment complex will be built on the old site where the house used to sit, the newspaper reported.

Meanwhile, the Englander house will be combined into a 17-unit building with an old mortuary next door at its new location.

RECOMMENDED READ:
Video vixen exposed by DNA test after being accused of receiving ‘maintenance money’ for one child from various men