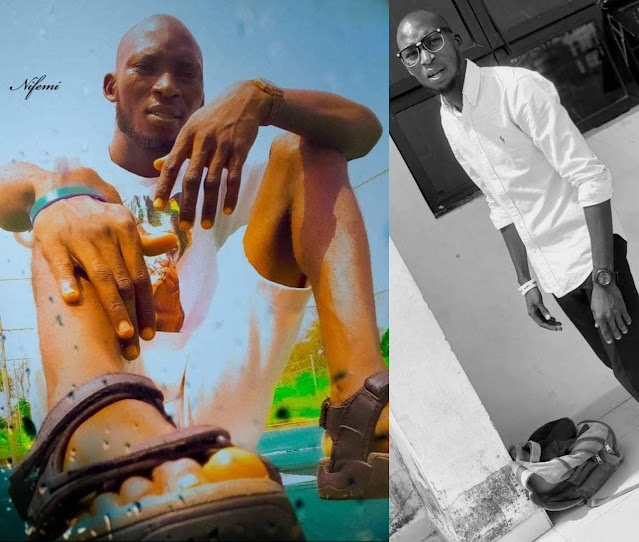 Juba Babatunde Philips a first-year Theatre Art student of the University of Osun(UNIOSUN), Ikire campus is dead. He was found dead in his hostel room on the 24th day of November 2020. it was alleged that he committed suicide.

He had previously shared about his survival from hardship and wondered why people commit suicide on his Facebook page.

Friends who went to see him and found him dead said he supposedly took a deadly substance.

His corpse has been deposited in the mortuary. 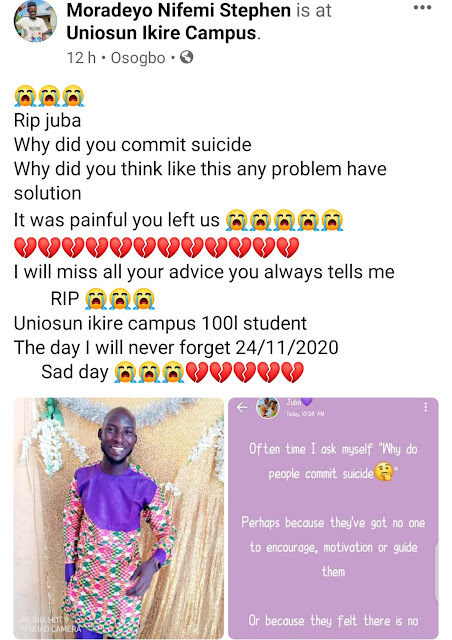 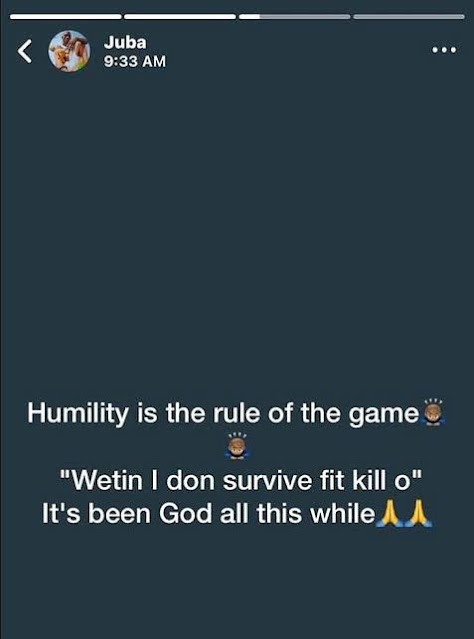