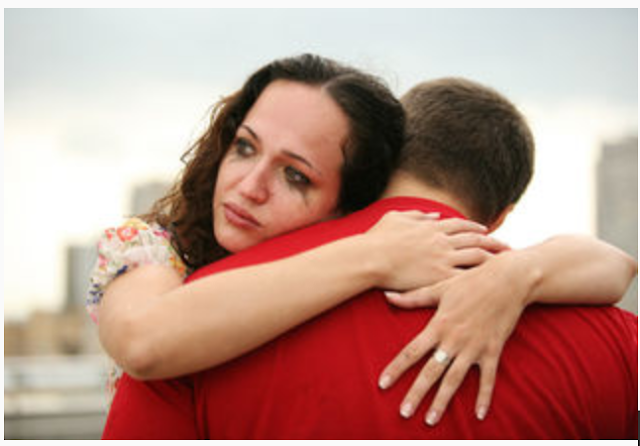 Nicky and her boyfriend Jake broke up about five months ago after a year long relationship. Throughout the relationship she was unsure about whether it was what Jake really wanted as he seemed kind of cold. When she asked him about it, he would get quiet and irritated and say that he was happy and that everything was fine.

However, Nicky couldn’t shake the feeling that something wasn’t right. Jake was in constant contact with his ex girlfriend. When she brought up the subject, he said that although he cared for her, he was not able to feel any passion or emotion as he had had his heart broken.

In hindsight, Nicky should have had the courage to walk away, but she really wanted to try to make things work.

Nicky and Jake went on separate vacations in the summer and did not see each other for two months. When Nicky returned, Jake stood there with his hands in his pockets and didn’t hug her. She confronted him about his emotional/physical aloofness. He replied that he didn’t love her, and that he would never love her but that she was everything he had ever wanted in a woman. He begged her not to leave. After a few month of being in a dysfunctional relationship, Nicky finally broke up with her boyfriend and asked him not to contact her.

The situation Nicky is in is one of the worst situations that a person can be in. Being rejected can be hard enough but being silently rejected day after day can really get to you. It can break down any self-confidence you might have been able to build up over the years.

Nicky’s ex Jake seems to suffer from an extreme kind of fearful avoidance. He most likely was not lying to her: it is very likely that he is unable to love. People who have been physically or emotionally abused or neglected by a caregiver in early childhood or by partners in unhealthy relationships later on often develop a kind of protective shield that prevents them from being able to love other people on a conscious level. These people are not inherently evil. They are simply telling the truth: they cannot love.

So why would Jake stay with Nicky for as long as he did? Why would Jake ask her, even beg her, not to leave? One reason may be that even if people are unable to love, they need intimacy. They don’t consciously feel that they need it. But they do. All people do. If they end up in a relationship, they implicitly know that they are getting some of their needs for intimacy met. They also know that it is going to be hard to get into a new relationship because of how they behave.

There is another reason people who are unable to love may want their lover to stay. Although they are not bad people, deep down they struggle with an implicit form of resentment. They don’t feel it. But below the level of conscious awareness they feel unloved, worthless and resentful. Some of them hate women because the one woman in their lives (their primary caregiver), who was supposed to be there for them, left them, abused them or neglected them.

Most people in a relationship who realize that they don’t love their partner will either (i) break things off, or (ii) stay but not tell the other person that they don’t love them. If you think about it, it is quite unusual to stay in a relationship and then volunteer the information that you don’t love your partner. If a partner behaves in this strange way, then it is likely giving him or her some form of satisfaction. You can compare people who are unable to love to individuals with obsessive-compulsive disorder (OCD). The compulsion (e.g., compulsive washing) gives the OCD person some kind of relief. People with OCD may not be able to explain why. They may not even be able to recognize the relief they feel as a kind of satisfaction.

People like Nicky’s ex Jake, who feel the need to tell their partner that they don’t love them, sometimes express this lack of loving emotions without really being in touch with their emotions. They feel numb. They are so used to feeling numb that it can feel good to feel “something” when they say hurtful things. What they say may not be a reflection of what is going on inside them. Jake said that Nicky had everything he wanted in a woman. He may have been telling her the truth.

Jake did said that he had had his heart broken, but I doubt that this actually happened very recently (the heartbreaking part). He probably was using the broken-heart story as an excuse. It is quite normal for people who have difficulties getting close to others to remain in contact with anyone they have been able to be even remotely close with, which may explain why he stayed in contact with the ex girlfriend. Jake probably will eventually try to stay in touch with Nicky, too. If I were her, I wouldn’t fall for this. I would keep my distance.

Jake probably cannot give anyone what they would want in a relationship. Nicky should not waste her life hoping things will get better. Things can get better only if Jake goes into extensive therapy with a professional therapist who is specializing in attachment disorders. But Nicky should not wait around for him to improve, however. People who are in a relationship with a person who cannot love should realize that this has nothing to do with them. They deserve better. There are so many people out there who, unlike Nicky’s ex, are not emotionally numb. So whatever happens, Nicky is best off not taking Jake back. Rather than obsessing about her ex, she should go out and socialize. Only then does she stand a chance of finding someone who is capable of loving her the way she deserves.