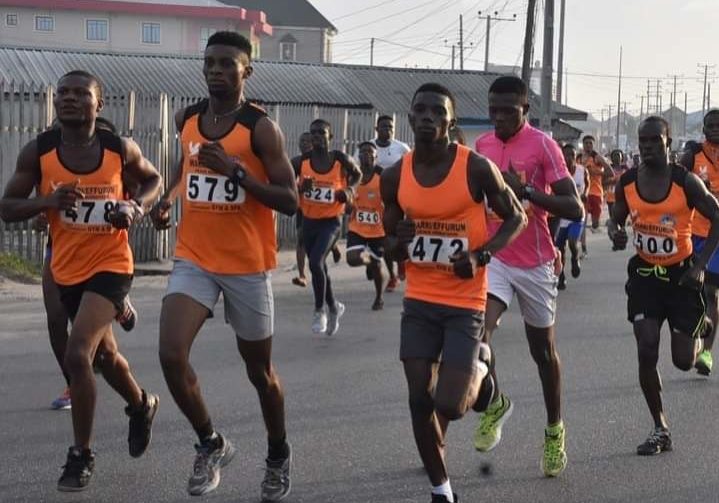 There was wild jubilation at the Warri Township Stadium after Deborah Pam and Emmanuel Gyang emerged winners of the female and male categories of the Warri/Effurun Peace Marathon.

The winners took part in a ten(10) kilometre race.

In a chat with newsmen, Deborah Pam expressed happiness about winning the race.

Pam also commended the organizers of the Warri/Peace Marathon for the support she received.

Also in a chat with newsmen, Emmanuel Gyang, an official of the Nigerian Security and Civil Defence Corps, NSCDC who emerged winner of the male category thanked God for his victory at the peace Marathon.

He said injuries have been his major challenges as an athlete in the country.

He expressed happiness that despite the injuries he was able to partake and win this year’s contest.

He thanked the organizers of the Warri/Effurun Peace Marathon saying they had always been kind to him. He prayed God Almighty to bless and uplift her.

Gyang also thanked the Delta State Government for the support, saying, “Delta is my home” just as he appealed that such support should be accorded to other athletes of the federation.