The Benue State Peoples Democratic Party (PDP) has officially launched its branded campaign vehicles without the portrait of the party’s presidential candidate, Atiku Abubakar, ahead of the 2023 general elections.

According to reports, the branded buses were handed to all of the party’s campaign coordinators across Benue State’s 23 Local Government Areas. 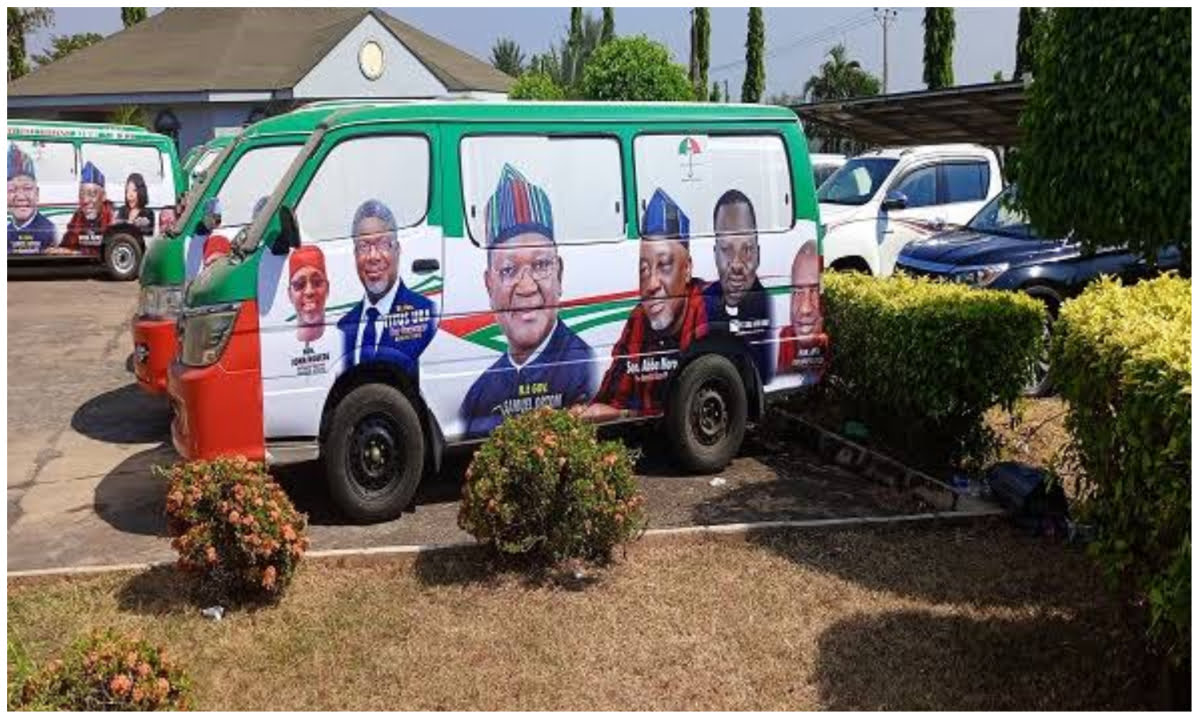 None of the over thirty buses spotted had the image of Atiku printed on it. 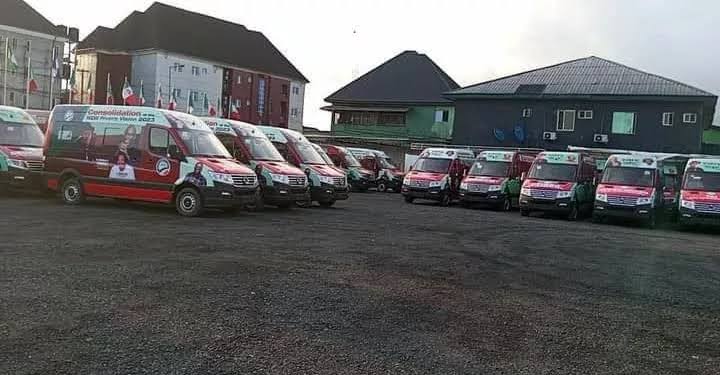 The vehicles, which have been making rounds on social media platforms, have the pictures of the State Governor, Samuel Ortom, who is a senatorial candidate of the party and those of some other party candidates in the State.

However, the picture of Atiku was not included, which might be a further testimony to the resolve by Ortom and other aggrieved PDP governors (G5) who have vowed not to support Atiku’s presidential ambition except the PDP National Chairman, Iyorchia Ayu steps down and is replaced by a southerner.

Recall that governor Ortom had two weeks ago, during the banquet organised by the State for the visiting G-5 governors, threatened not to support Atiku in his presidential campaign.

He said, “Benue people are being killed daily, and you want me to be quiet and be a slave to Fulani? It is better that I die. Anyone supporting Atiku in Benue is an enemy of the State.”