The Osun State chapter of the All Progressives Congress (APC) has mocked the state governor, Senator Ademola Adeleke, over his exhibition of poor understanding of statecraft and governance.

The party, in a statement issued by its Acting State Chairman, Sooko Lawal, on Monday in response to what it called the governor’s broadcast on the mining sector, said the claims of Governor Adeleke that the state governments in the last 25 years have either mismanaged returns on mining or have failed to recover derivation due to the state were fraught with ignorance. 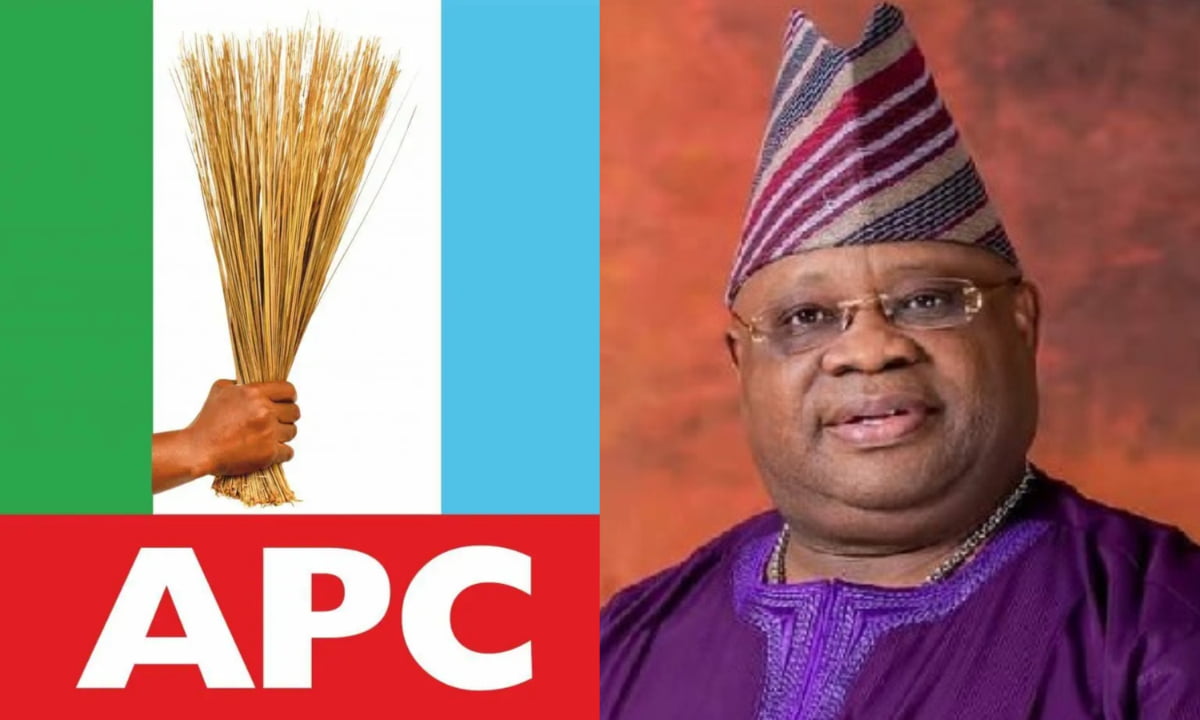 According to Lawal, “The claims made by Governor Ademola Adeleke today, during the inauguration of the Revenue Committee and Solid Minerals Committee set up by his government, are ones made out of ignorance and mischief designed to embarrass previous governors of the state.”

He added that, “It is worrisome that a state government which should have access to quality expert advice from the relevant Ministries, Departments and Agencies would issue an official statement to advertise its administrative unawareness and unseriousness about 13% derivation on mining.

“Contrary to Governor Adeleke’s claim that Segilola Company and other operating companies in the state are expected to pay Osun State 13 per cent derivation on the value of gold and other minerals resources produced in the last 25 years in the state, the correct information is that miners don’t pay derivation to state.