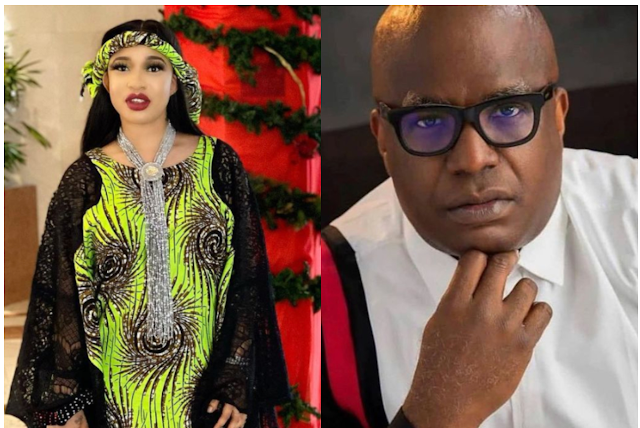 Nollywood actress, Tonto Dikeh, has reacted to the death of a popular motivational speaker, Ubong King.

The death of Mr. Ubong was announced on the 26th of December, 2020. His death was declared on the social media handles of his wife Mrs. King. The wife of the deceased with a strong heart addressed her fans on what happened. She declared her decision to go offline to be able to mourn her husband.

The news on the death of a great personality was a big blow to Nigerians because he was always full of wisdom to advise his people. His followers sent out their heartfelt  condolences to his family to wish him well and to rest in peace. Tonto after hearing the news, has also shared a photo of the legend and wish him RIP.

She indicated that she knows he is sleeping well with the wisdom God gave him. The mother of one expressed her displeasure in why God can not be questioned on the departure of such a great personality.

“
Thanks for everything.
Sleep well, King.