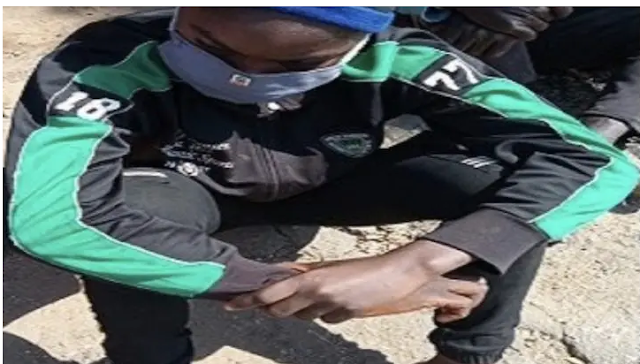 A 20-year-old mother was arrested in Kaduna for murdering her one-year-old daughter after she threw her inside a well.

Faith Alhassan is said to have thrown her child into the well to encourage her to marry her former boyfriend who wasn’t ready to take her with an infant.

Kaduna State Police Command announced that the incident had occurred at about 7 a.m. on 28 December 2020 and that the child’s body had been discovered in a well in the Gantan village of Kachia, a local state government district.

During the enquiry, the police discovered out the mother of the dead baby girl was the guilty party, The Nation reports.

According to the police, the convicted man went to the village of Gantan with her baby girl to meet her former lover, Dolan Yakubu, who had been jilted years before.

The police said that Faith abandoned the baby in a well at night after her ex-father boyfriend’s complained about the baby when they came to see her.

Speaking to journalists at Kaduna State Police Headquarters, Faith declined to kill her daughter because she wanted to marry her former partner.

The young lady who said she was living with her grandma also said she didn’t know where her dead daughter’s father was.When asked why she was at the police command, she said, “I am here because of my daughter that I threw into the well and she died. I don’t know what came over me when I carried out the act”.

She was further asked if she killed her daughter because she wants to marry her ex-boyfriend. She said; “I did not kill her because I want to marry, I just don’t know what entered me, I am not happy for doing it.”

Kaduna State Police Commissioner CP Umar M. Muri said that the guilty party will be brought to justice after the investigation has been carried out.