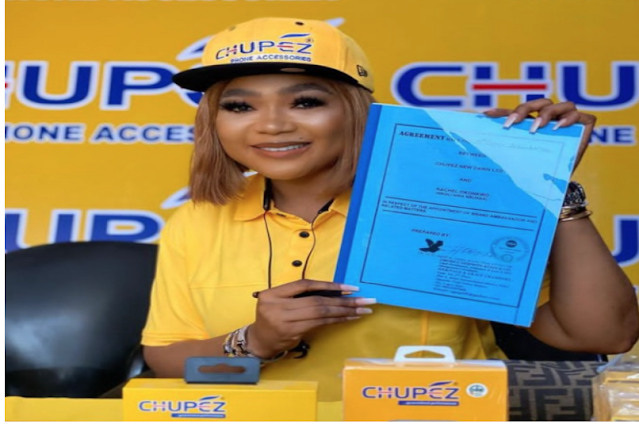 A new juicy sponsorship deal has been bagged by Rachael Okonkwo, and her film industry colleague Yul Edochie, Ken Erics, Zubby Michael, and Others have commented on social media.

As a brand ambassador for a phone accessories group, Chupez New Dawn, Nnenna Rachael Okonkwo, better established as Nkoli Nwa Nsukka, was signed as she took her official checked Instagram handle and posted pictures of her signing as she rocked the brand’s dress.

“Congratulations to me
Proud ambassador of @chupezng
@funnyboneofficial congratulations,” she wrote while sharing photos of the signing to make the announcement.

The 33-year-old Nollywood actress colleagues in the movie industry, including Yul Edochie, Ken Erics, Zubby Michael, and Others, took to the comment section to applaud her after making the announcement of the good news.

Check out the screenshot of her post and her film industry colleagues’ responses below: