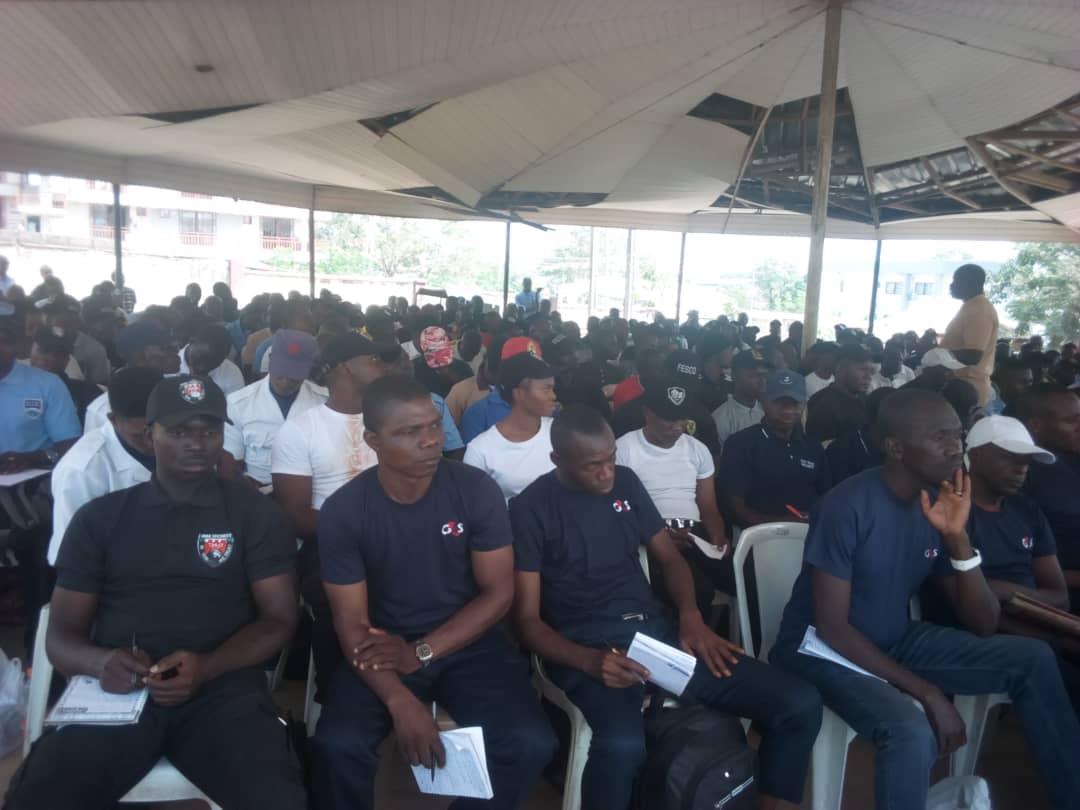 Ahead of Christmas and New Year celebration, the Nigeria Security and Civil Defence Corps (NSCDC) has commenced a retraining of private Guards in observation, skills, memory and surveillance in Abuja.

Head of Department of Private Guards Company (PGC) of NSCDC FCT Command, DC Tijani Usman said the retraining was at the instance of the Commandant General of the Corps, Dr Ahmed Abubakar Audi.

He said Audi’s visionary leadership of training and retraining of private Guards in the country has been a tool for intelligence gathering.

According to him, the success of the private Guards on their beat is as a result of skills imparted on them by the Corps.

The Deputy Commandant urged the private Guards Company in the FCT to take advantage of the training to understand the tips that would be passed to security agencies in Nigeria and for crime reduction in the FCT, especially during the festive period.

He said: “Your approach to security issues depend on your understanding of skills acquired from training”.

Some participants expressed their joy for the knowledge acquired that will help them perform their duties.

The retraining was organised by FCT Command of the NSCDC in Abuja, with operatives of private security firms in the territory in attendance.